Bare-nosed wombats are large, stocky marsupials. They are found along the east-coast of Australia from Queensland through to Victoria, and Tasmania including Flinders island and Maria. Wombats are solitary and territorial. They are herbivores, eating grasses and sedges, tree roots and bark. Wombats teeth continuously grow which allows them to eat the tough native vegetation. Mostly active at night they can spend up to 8 hours grazing and have been known to “plough” through snow to find juicy grass that lies beneath.

Being marsupials, they give birth to underdeveloped young are around the same size as a grain of rice and weigh less than 5 grams. The joey then needs to crawl into its mums’ pouch where it will grab hold of one of her two teats. The teat will swell in the joey’s mouth to secure it, it will stay here for another 6-8 months. After this time, it will emerge from the pouch and follow its mum around, learning what is good to eat until it is around 12 months when it will be weaned off mum’s milk. However, the joey will stay with mum until it is 18 months old and around 15/18kg. It is often the females that disperse away from their mums, but they don’t travel far, only 1-3kms away. They sexually mature at around 2-3 years old and can reach weights of 20-35kg.

One of the most interesting things about a wombat is its bum.

Wombats have a hard plate made up of cartilage and bone that covers its rump. In its distant relative the koala, a similar plate is used to help them sit comfortably in the forks of trees. In the case of the wombat, this plate is used as its primary defence against predators. When wombats are threatened, they retreat into their burrows. When an unsuspecting predator they will block the burrow with their rump, protecting their more vulnerable parts of their bodies. These plates are strong enough to withstand bites from dingo’s, though they may obtain injuries to their skin.

Wombats also use their bums to communicate. When its time to move out, wombat mums will bite the rumps of their joeys in a way to encourage them out. It is also not uncommon to see bite marks on adults’ rumps due to fighting over territory or mates.

And yes, wombats do have cubed poo. In a study by researchers at the University of Tasmania it was discovered that the cubic shapes were produced in the intestine and was due to the way the intestines stretched during processing. This discovery was so pivotal to the scientific community, it earnt the Nobel Prize. If you’re interested in kooky science – have a look at the previous recipients of this award!

Bare-nosed wombats are the largest burrowing herbivorous mammals in the world and play an important role in the Australian ecosystem as they are “ecosystem engineers”. They can influence and change their environment in many ways.

As wombats burrow and dig up the soil, they break up the tough top layer which can become hard which increases run off during rain. Breaking up this tough top layer helps water penetrate deeper into the earth. They also turn over the soil, trapping organic matter and increasing the nutrient turnover. Digging marsupials also spread a particularly important fungi called mycorrhizal fungi. Mycorrhizal fungi help plants increase their absorption of nutrients and help them deal with Australia’s nutrient poor soils. The fruiting bodies of the fungi are below ground and need to be dug up or eaten for its spores to be distributed.

Wombat burrows also act as water reservoirs. When it rains, they fill up with water and this allows wombats, as well as other animals, to use these burrows to access water when the surrounding area is dry.

Unused wombat burrows often become homes for other animals including some of our endangered species such as Eastern quolls and Tasmanian devils. One study saw 11 different species using wombat burrows. 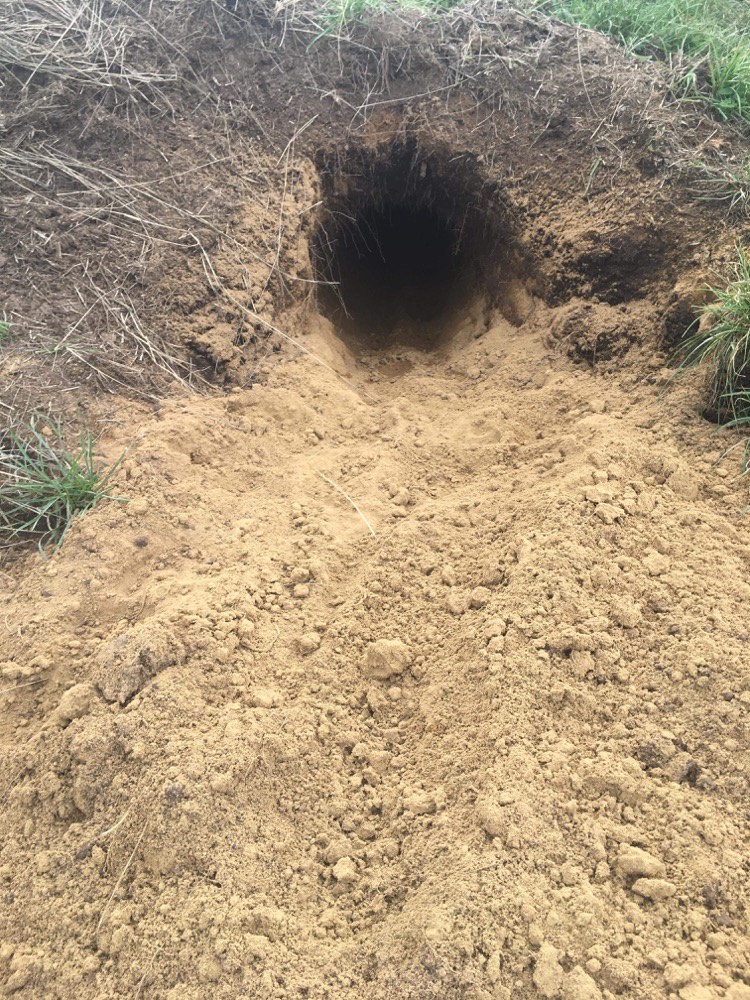 These 3 subspecies have been deemed genetically significant from each other which makes conserving our Tasmanian subspecies even more important.

Wombats are indeed battlers. They are currently classed as ‘Least Concern’ but nevertheless their populations are far from safe. At present, there is no wombat-focused population study performed in any part of their range.

Wombats face a variety of threats. The biggest threat is currently road accidents and after that Sarcoptic Mange. In addition, wombats also have to compete with feral pest species such as rabbits (who typically win), and domestic animals. They are vulnerable to toxoplasmosis, a fatal disease spread by cats. Their preferred native grasses are being replaced by invasive pasture, homes being destroyed due to logging and they frequently face persecution from humans.

Unfortunately, they also have to content with the ever-increasing adverse weather events like drought, fires and floods. 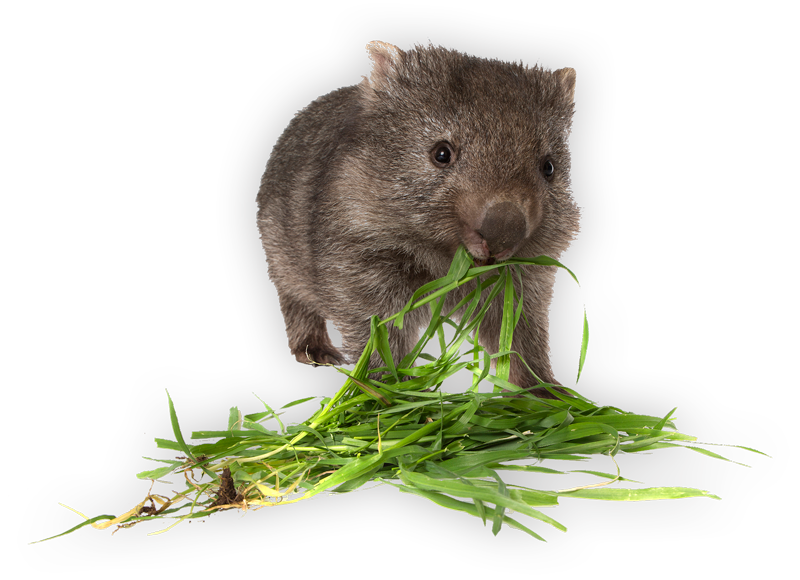